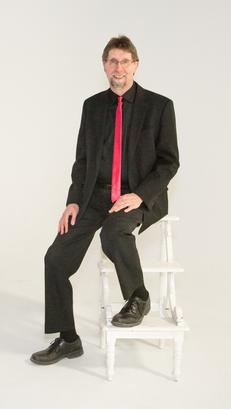 Dave is always sure to bring something new to the stage with each and every performance. He would definitely be considered the jokester of the group. There is no shortage of laughter when he's around, both on and off stage. This infectious humor spills off of the stage and out to the audience every time. Not only is Dave an incredible musician, but his technical skills relating to stage sound & lighting, has without a doubt been a contributing factor to the level of success the band has experienced to date. 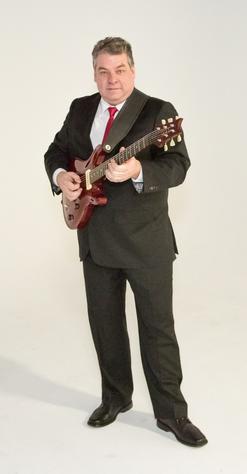 Hailing from Los Angeles, CA, Karin has made Winnipeg her home for the past 24 years. She arrived in Winnipeg with two degrees from the Grove School of Music, songwriting and contemporary keyboard performance, as well as studying trombone performance and composition at the University of Northern Colorado. Performing locally and, for a time, on cruise ships with her bassist husband, Andy, she has a long list of bands and ensembles to her credit. This includes the Winnipeg Jazz Orchestra, the Mennonite Community Orchestra, Combo Latino, Marco Castillo's Brazilian Beats, the 252 Concert Band, the Executive Big Band, Ron Paley's Big Band, and renowned Reggae artist Lucciano. 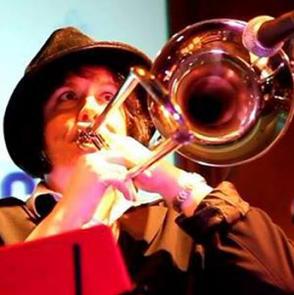 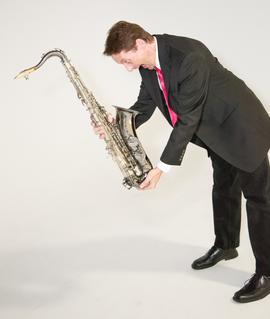 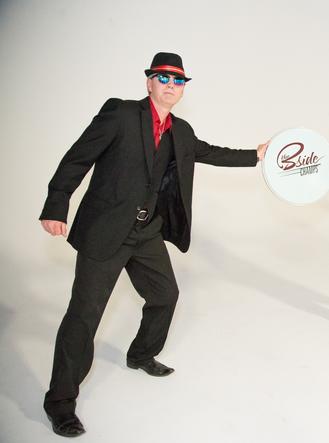 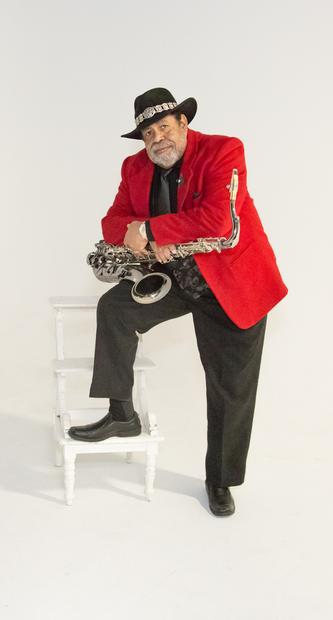 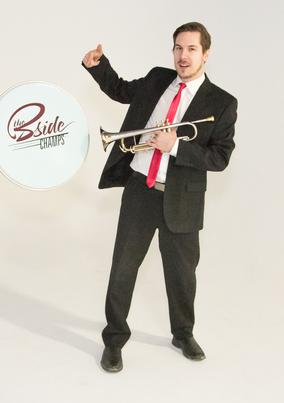 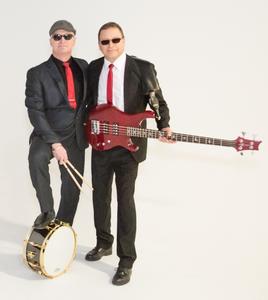 Rick Davie, born August 22, 1967 in Winnipeg, Manitoba. Youngest of 6 kids and son of “Winnipeg Philharmonic Choir” baritone William J. Davie. As a young man starting out Rick was actually in fact a very shy individual. Lacking the self-confidence required to carry out even a simple one on one conversation. It wasn’t until his late teen years when friends and family came to the realization that Rick possessed a hidden talent. A talent that had been kept concealed for many of his younger years. With much persuasion and persistent encouragement, Rick did eventually let his guard down and agreed to further entertain the notion that his voice may just be something people would be interested in listening to. Over the years Rick has enjoyed the front man position for a number of groups covering many different genres of music including country, classic rock, newer rock, pop, soul/funk, R&B and even a bit of hip hop with his son Dustin. Now some 30 years later, it would seem very evident that Rick’s undying passion for performing is still very much a large part of his life. The front and center spot will most certainly continue to be occupied by this veteran Winnipeg performer.

Gary Brenner, mild mannered choir director by day, insanely gifted organ player by night. For years he has perfected his keyboarding craft both as a sideman and a producer. Gary plays everything, every style of music. If you've had a bar-mitzvah in Winnipeg, he was probably playing in the Klezmer band. If you were sitting back in a dingy blues bar listening to your favorite blues guitar player, that was probably him on keys. Gary flies under the radar. Calm on the surface, he never takes the limelight but then you hear him play and it is sublime.

Deano has been playing the saxophone for over 57 years and has been very fortunate, throughout his career to share the stage with many class acts which include, Buddy Guy, Long John Baldry, The Shirells, The Coasters and Wilson Pickett. The youtube video above was recorded in New York City back in 1965 and features Deano on the saxophone, sharing the stage with Mr. Pickett himself. Deano is a true showman in every sense of the word. There is not a venue in town that hasn’t heard the name “Deano Dean”.

The Champs are very honored and fortunate to have Mr. Dean as a member of the family.

Carl began his musical journey on a home electronic Hammond organ in his early teens. He migrated to Trumpet and then finally found a home playing electric guitar. A mainstay of the Winnipeg Gospel Music scene since the early 80's, Carl has played for events from the Burton Cummings Theatre to the MTS Centre to being the first guitar player to strike a chord at Investors Group Field.

Carl's musical influences are broad and varied playing in everything from country to blues to rock to smooth jazz. With the "B" Side Champs, Carl explores the seminal guitar styling of one of his heroes, Steve Cropper.

Starting with piano at the age of 6, music, particularly singing, has been an integral part of Lori’s life. Being a full-time musician in her younger years allowed Lori the opportunity to travel much of Canada. It was during this time on the road where she was able to dedicate her focus to her craft. In addition to vocals and percussion, you could also find Lori, on many occasions, behind the keyboards.  It was during her time touring Canada that Lori was fortunate enough to meet and eventually marry the love of her life, drummer for the B-Side Champs, Ted Wolstencroft. Their shared interest in music and performing is undeniable and ever present in their lives.  Over the past 30 years Lori has been involved with many projects, ranging from original compositions, 60/70’s rock & pop to acoustic female trios.

Rob began his musical journey early on in life seated at the piano at age 5. Following the piano, Rob moved on to brass, where he found himself playing the trumpet during the years he attended junior high. Then high school arrived, where Rob took on the classical guitar until graduation.   wasn’t until age 17 that Rob discovered that bass guitar would end up being his weapon of choice. He picked it up and has never put down. Rob has not only mastered the art of playing this instrument, but has also over the years, vastly expanded his abilities which now include building, modifying and customizing bass guitars. Many of the instruments you’ll see Rob playing today have most likely in some way had an extra touch applied.  No matter what project Rob finds himself immersed in, you can be certain, when the curtain goes up and the music starts, you will find this very talented musician poised and prepared to entertain.

For Ted, the interest in playing drums began at age 10 when his parents purchased his very first drum set. Likely concluding prior, that the piano probably wouldn't fly. In addition to playing drums Ted would also pursue his passion for hockey and baseball. It was during those times that the drum set would be put on hold for periods of time. But not for long. It was 1976 when Ted was asked to "jam" with a few of his high school buddies. Needless to say the fuse was now lit. Over the years Ted has had the opportunity to perform, tour and studio record with various original rock bands, cover bands, children's performers and Christian artists. In the process, he has been very fortunate to acquire many lifelong friends along the way. Ted has studied with many accomplished musicians, a list of names that would grow to include Glen Lambert, Dave Schneider, Mitch Dorge and legendary Winnipeg drummer, Reg Kelln.  Additional achievements have Ted teaching as a private drum instructor for the past 20 years. All the while passing his knowledge and expertise on to countless up and comers. Many of whom are out there today, behind the kit, living the dream. Ted thoroughly enjoys playing with the B Side Champs, as he firmly believes that the culmination of immense talent and ever present camaraderie, has and will continue to be the key to the level of success being achieved by the group. He likens the experience to being at a circus. “Loads of fun, but much less smelly”.

Having grown up in a musical family, Andrew knew at a very young age that music was his passion and the trumpet was his voice. He began his studies in classical music, gaining a solid musical and instrumental foundation. While studying classical trumpet at Brandon University, Andrew became very interested in jazz and improvisation, completing his Bachelor Degree in Jazz Performance.  He maintained his classical interests and earned a Master’s Degree with distinction in Jazz Performance, from the prestigious New England Conservatory of Music in Boston, MA.